It seems to me that if you are going to all the trouble of canning food on the premise of being self sufficient, preserving the local harvest and such that buying pectin for your jams is a little bit counter productive. I mean it’s not like your great grandmother bought her pectin from the grocery store. She made it from scratch and she likely didn’t even have to leave the larder. 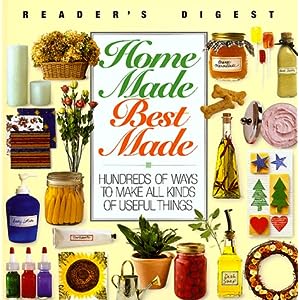 Many of my older canning books say to cut up a few apples into the jam or jelly of low pectin fruits. This is because apples are high in pectin. One such book even goes so far as to explain how to make and store your own apple pectin from not quite ripe apples which apparently have more of the good stuff.

If you have done any amount of canning and tinkered with the recipe or the sugar ratio you likely have had a batch that didn’t set. It was runny in the jar or the jelly was more like juice. The trick to NOT doing that is to test, test, test. Testing I have come to learn is a very crucial part of cooking, baking and preserving. The jam test is this:

After you have stirred your jam pour a little dollap onto your stove or a plate, small, dime size. Leave it for a moment to cool and then push it ever so slightly with your spoon. If it wrinkles you’re ready. If it does anything else, you’re not. If it is rock hard well…congratulations you’ve just made candy.

I made apple pectin this week with the early apples my kids picked off the side of the road. They weren’t very sweet and we’re quite marred so no one was going to eat them, perfect. Chopped them up into a saucepan, covered them with water and a lid then let it simmer for about an hour, stirring occasionally. I then strained it in a cheese cloth over night much to the delight of my resident fruit fly population.

You can test it too, I didn’t because I don’t have any alcohol but here’s how: Making Apple Pectin

Last year I made apricot chutney, except it wasn’t very good. Partly because I didn’t taste it but mostly because… I forgot the sugar! Whoops. Now if I had been tasting things as I went along I would have probably caught that early on, but alas I am not much of a taster in the kitchen. A flaw which I am learning to remedy.

The Contents of My Freezer

It’s not sufficient to know that something is wrong. You also have to appreciate why it is wrong, how things might be changed, and then persuade others of the new possibilities.